' In early February Hillingdon Primary sent in two team to the ferociously contested handball tournament. Both teams emerged from their groups with confidence - and then realised in the semi finals that they were going to play each other.

The above picture shows the camaraderie and smiles of the children before that semi final match. Our A team managed to barely beat the B team and they went to the finals to face St. Helen's.

A fierce final ensued where both Hillingdon and St. Helen's teams matched each other point for point. St. Helen's goal keeper was outstanding and in the end, it was St. Helen's that won the handball tournament. A deserved win for the school.

Our school is so proud of both of our teams earning bronze and silver medals at the tournament - a first for our school. You represented yourselves and the school amazingly!' 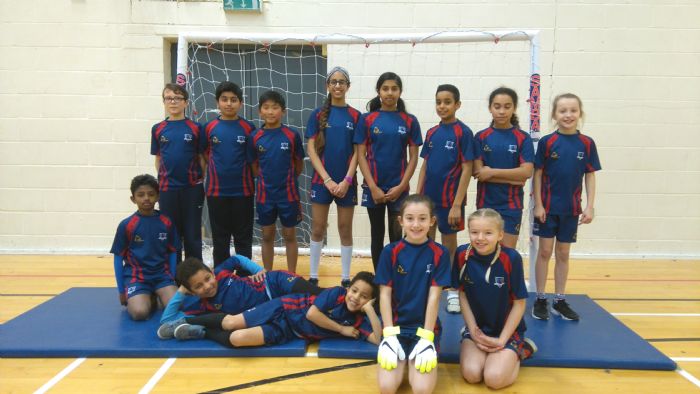